Dr Vincent Lanoiselet has been working as Quarantine Plant Pathologist within the Plant Biosecurity section of the Department of Primary Industries and Regional Development since 2008.

Prior to this, he was working on rice diseases occurring in Australia and south-eastern Asia in various roles and was based at Charles Sturt University, Wagga Wagga, NSW.

Vincent contributed to surveillance activities near Gosford, NSW during the 2010 myrtle rust emergency management program where he saw the effect of myrtle rust on both native and introduce species within the natural environment and residential gardens. 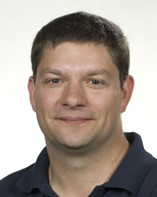 Since myrtle rust was first detected in NSW in April 2010 it has spread across the eastern Australian landscape in bushland reserves, home gardens, commercial operations and amenity settings such as parks and street plantings. Myrtle rust can now be found in New South Wales, Victoria, Queensland, Tasmania and on the Tiwi Islands in the Northern Territory.

Myrtle rust has never been detected in Western Australia and continues to represent a serious threat to WA’s flora and fauna.